The Glade announces its Glastonbury 2022 line-up

Spawned from its roots in the Field of Avalon and the Experimental Soundfield of 1992 The Glade has been around and kicking since the year 2000. Always evolving, this year it’s changed up a gear. They’ve upgraded the main stage and enhanced the wooded area with a new stage (Glade Dome) and rebuilt the Spike venue in the trees making this a real social hub between Other Stage and West Holts just off the Old Railway.

A stellar musical line up including Andy C, Camel Phat, Hollie Cook, Annie Mac and Gong amongst other great legends and ground breaking styles we plan to celebrate the return the best sound system on site courtesy of 1971 festival co-founder Tony Andrews. 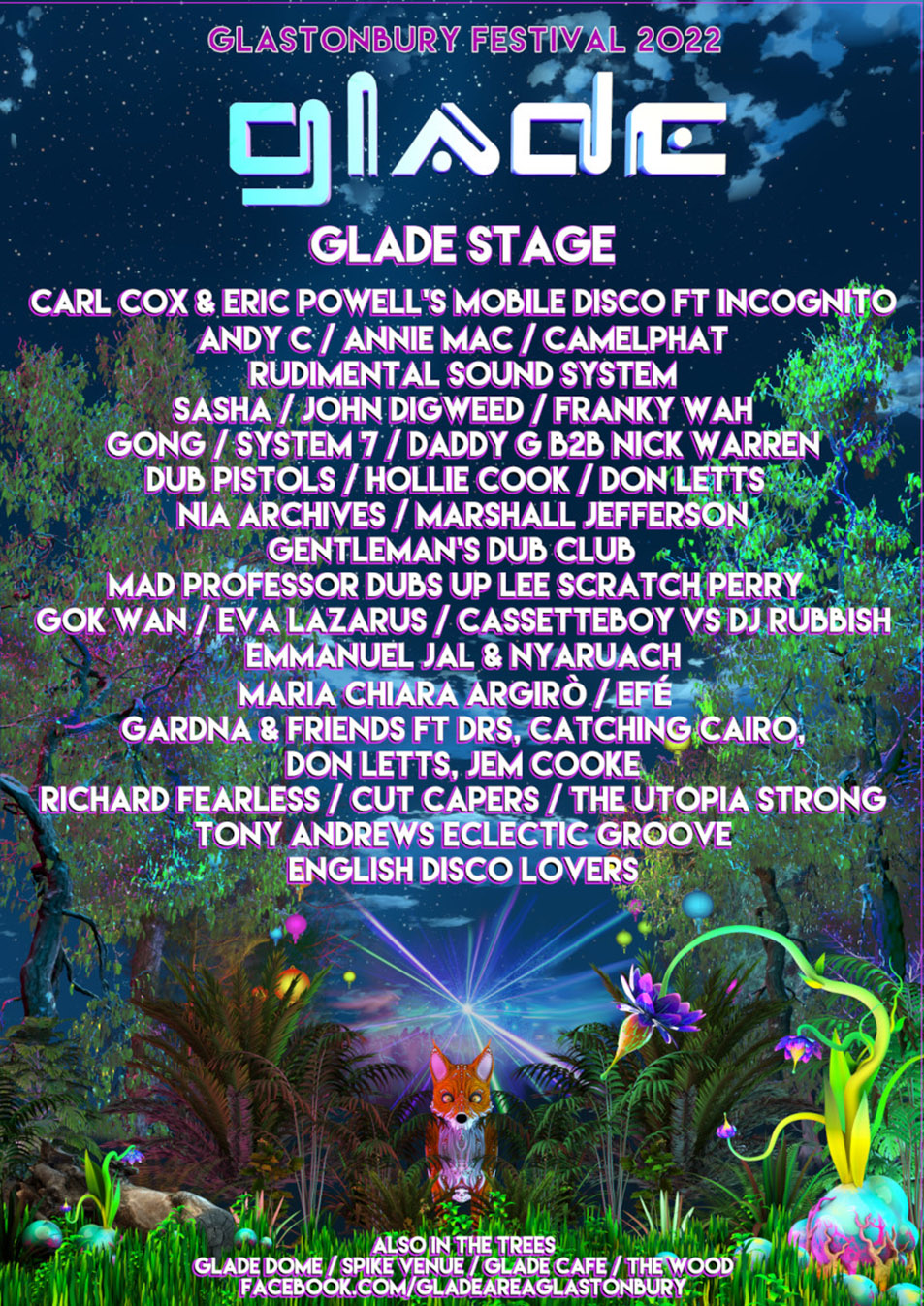 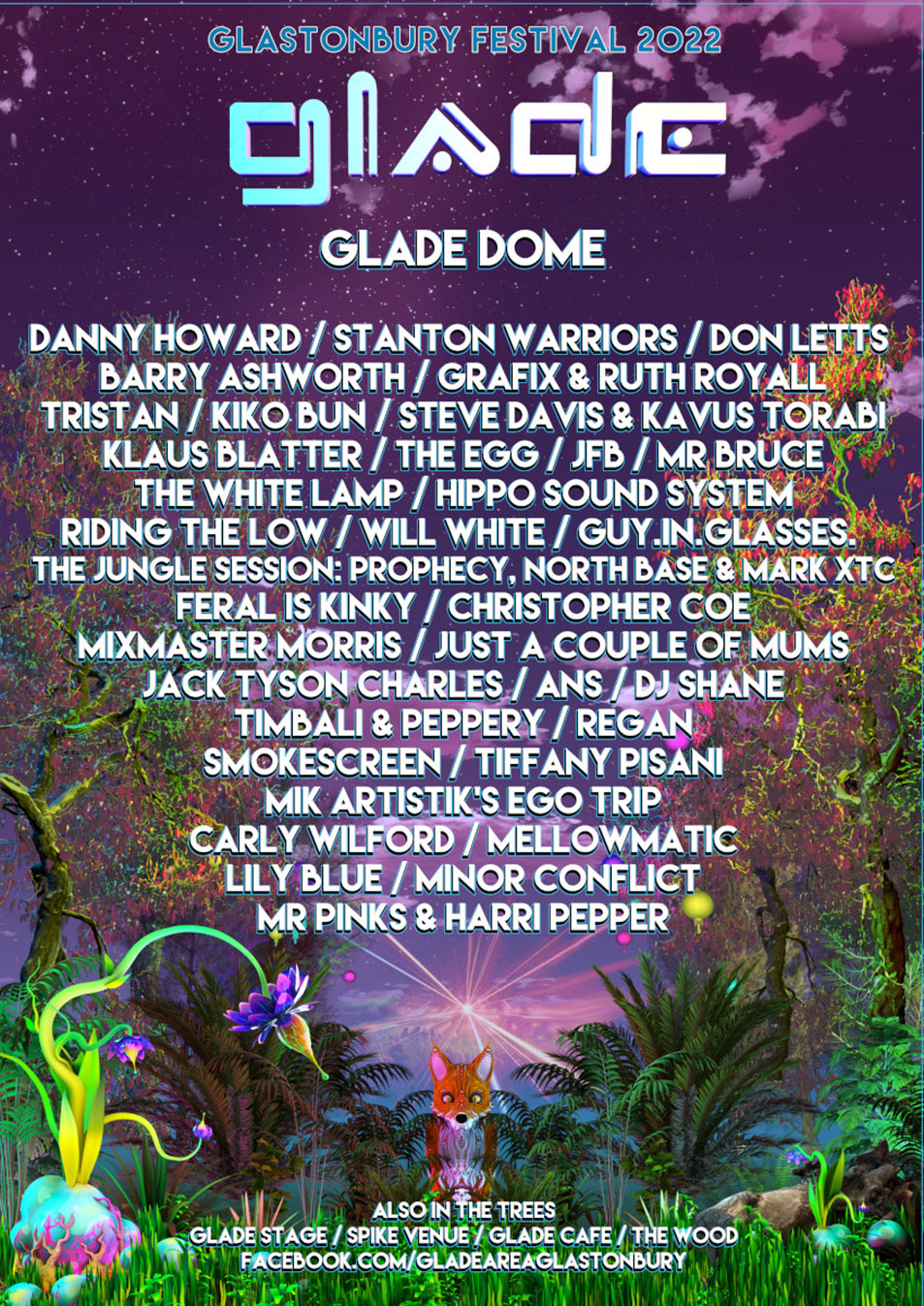