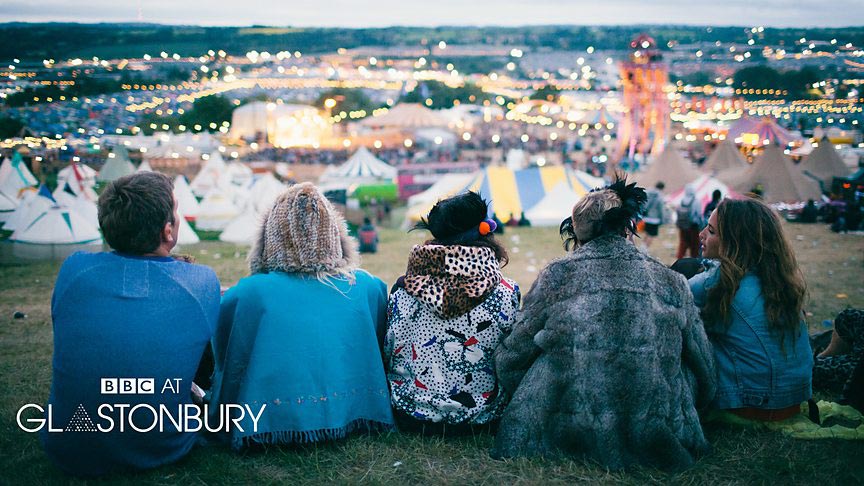 The BBC kicks off its coverage of this year’s Festival today on bbc.co.uk/glastonbury with live streams of the Pyramid, Other, West Holts, John Peel, Park and BBC Introducing stages.

You can follow their live blog and @bbcglasto accounts to keep up to date with the latest news, photos, and videos across the weekend. If you’re in the UK, you can also catch up on all up on over 150 performances on bbc.co.uk/glastonbury and BBC iPlayer.

Those of you outside the UK can listen to / catch up on all of radio coverage (see below) via bbc.co.uk/glastonbury.

BBC Two will be the home of the big headliners from Glastonbury, broadcasting some of the biggest acts and moments from across the weekend, with programmes presented by Mark Radcliffe, Lauren Laverne and Jo Whiley.

On BBC Three, presenters Greg James, Gemma Cairney and Jen Long will be on hand to bring from acts including Rudimental, Ed Sheeran, Lily Allen, HAIM and Sam Smith.

Across the weekend, BBC Four will also show performance highlights from some of the classic acts performing at the Festival.

This year, the BBC will be broadcasting over 50 hours of coverage across BBC Radio 1, BBC Radio 1Xtra, BBC Radio 2 and BBC 6 Music.

Over on Radio 2, Chris Evans, Jo Whiley and Dermot O’Leary will be bringing the best of the Festival to its audience. On Friday 27 June, The Chris Evans Breakfast Show (7am–10am) will broadcast from different locations of the site including Worthy Farmhouse and the Pyramid Stage.