Skip to content
Home / News / In A Field Of Their Own: The Pyramid/Other Stage

In A Field Of Their Own: The Pyramid/Other Stage 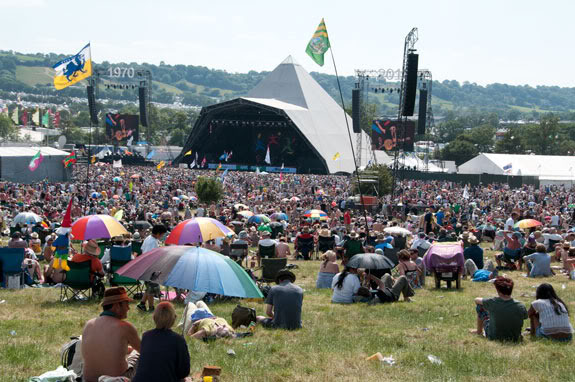 For our final In A Field Of Their Own Q&A with the folks from Glastonbury’s various venues and stages, we hear from Dick Tee, the Production Manager for the Pyramid and Other Stages.

2. Have you made any changes/additions for this year?
There are no significant changes to the layout or facilities in these areas this year

3. Which of your acts are you most excited about in 2011?
So much to choose from – U2 is obviously going to be a amazing show and will bring back so many memories from my past and more ‘youthful days’.  But Coldplay are a huge Act and Beyonce is sure to give a truly ‘exciting’ performance.  Then one cannot forget Paul Simon – a true ‘legend’, The Chemical Brothers and their fantastic music and stage shows, up coming Jessie J, Mumford and Sons, Plan B and even Fisherman’s Friends – there really is something for everyone covering all musical tastes and genres

4. Do you have any good food recommendations in and around your area?
Not really.

5. How/when did you first get involved with the Festival?
I first become involved with Michael Eavis when I was asked to handle the Production Management of the Glastonbury Abbey Extravaganza with the Royal Philharmonic Orchestra back in 1996. The following year I took over the Pyramid and Other Stage at the main festival. Now I am responsible for the Production of The Pyramid and The Other Stage and I supervise West Holts and the John Peel Stage as well. I still manage the Abbey Extravaganza in August and now look after the Pilton Party in September as well – so Glastonbury Festivals Ltd keeps me and my team pretty busy…

6. What’s the best thing about running an area at Glastonbury?
The huge thrill and high that you get from seeing a sea of smiling faces and waving hands when you look out from the stage into the crowd.

7. And what’s the worst?
It is a huge pressure and massive responsibility that takes over your life – in my case for 3 or 4 months of each year.  In that time I am pretty much an ‘insomniac’ and it can be very demanding on the patience and understanding of my dear wife, family & friends.

8. Is there anything outside your area at this year’s Festival that  you’re particularly looking forward to?
I think the Spirit of ’71 Stage will be amazing and some of the big features like Cubehenge are ‘must see’s’.

9. What’s the best performance you’ve ever seen at Glastonbury?
David Bowie at the Pyramid – I was a massive fan in my younger years and it was something very special to see him perform on one of my stages.

10. Finally, what’s your top Glastonbury tip for people coming to the Festival for the first time?
Spend some time looking at the website before you arrive and study the various guides etc., so you can plan your time to make sure you don’t miss out on the acts and attractions that you want to see.  The Festival is so huge that whilst it is good to be spontaneous, and indeed there are some amazing performances that you will just ‘happen upon’, it is a good idea to have a ‘game plan’ to make sure you get the best out of it and are not disappointed by missing something truly ‘special’.