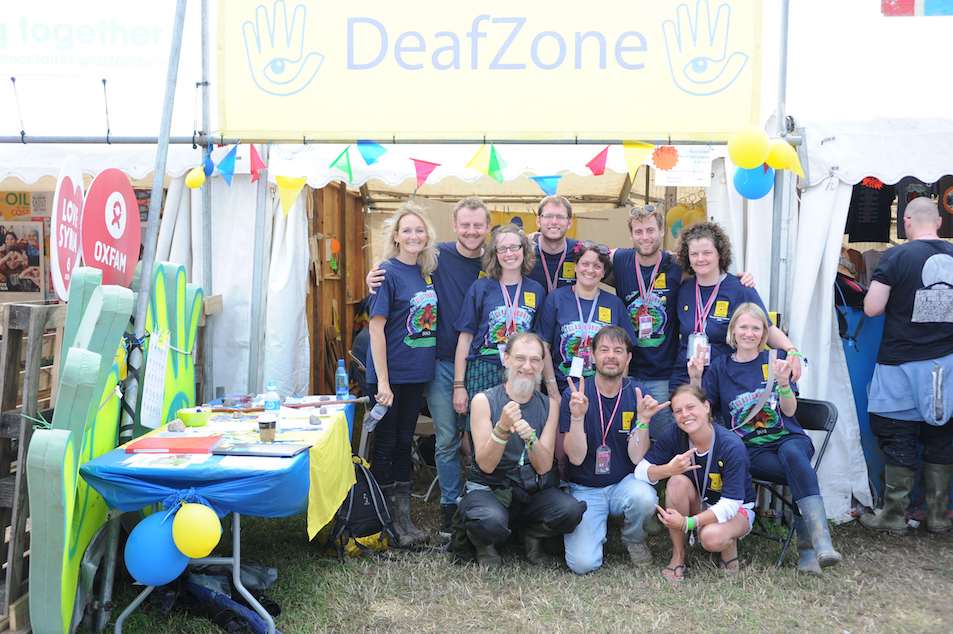 This year, DeafZone is celebrating a decade at Glastonbury Festival. Since 2009, DeafZone has been working alongside our own Accessibility team to support Deaf Festival-goers at Glastonbury.

DeafZone have also been working to encourage other Areas of the Festival to take on their own teams of interpreters and now the Left Field have a team of their own. In 2017 they taught the audience to sign ‘Ooh Jeremy Corbyn’ during his session there.

The Tent, which is located by the Meeting Point also acts as a ‘respite’ space for Deaf Festival-goers, where they can relax and communicate freely. And because it also attracts many hearing people who have already learned some BSL, it is a vibrant and exciting place for people to make new friendships.

We are very proud that our relationship with DeafZone helped Glastonbury Festival to become the first Festival to be awarded the Gold Standard by disability organisation, Attitude Is Everything, in 2014.